A quality pressure cooker is a great household tool that can help you prepare some truly mouthwatering dishes. However, pressure cookers are tricky devices. Most are quite safe but you need to know how to handle them properly.

1. Always perform a thorough check of your pressure cooker before using it
Sometimes these things can go unused for days, weeks, or even months. When that happens some of the interior components can fall into disrepair. Obviously, this is bad when you’re dealing with so much pressure and heat. Make sure to check the rubber ring that lines the cooker lid. This is called a gasket and if yours is dried out or cracked then it should be replaced before using the cooker. It’s also a good idea to wipe off the rim of the pot, as this removes any dried food which might keep the pot from sealing properly.

2. Be sure to clean your pressure cooker thoroughly after each meal
Gunk, dried food, and other debris can cause problems while your device is sitting in storage. Since the cooker regularly must release heat and pressure a clogged valve can cause potentially dangerous build-up. The reverse is a lid that doesn’t seal, resulting in food that doesn’t cook properly. Take each piece apart and wash it separately then clean out the valves with a toothpick to remove any potential clogs or debris build-up.

3. Try not to use oil. If you do only use it in very small amounts
The device is a pressure cooker and not a pressure fryer. This much heat, pressure, and oil is a dangerous combination. Besides the potential for spurts and burns, large amounts of heated oil could melt the plastic gasket, permanently damaging your cooker. If you’re going to try and fry yourself something for dinner, then use a pan or other more traditional tool. Either simply precook the meat in the cooker or find an alternative method that doesn’t use oil.

4. Be sure to put plenty of liquid into the pot when cooking
Try using a recipe that is pressure cooker specific as these will typically recommend the proper amount of water. If your plan is to improvise something of your own, then go with a ½ cup of water at minimum. This should be enough for most meals and if it isn’t then you need to open the cooker lid up and add some more. However, before you do this be sure to open a valve to safely vent some of the steam inside.

5. In the case of most meals if you are filling the cooker past two-thirds then it is too full
When a pressure cooker is over-filled then you run the risk of having food block the internal vents. These release steam through the opened valves to control the temperature inside. Blocked vents can lead to too much heat and pressure, burning the food. That’s just the minimal risk, though. There are many horror stories floating around about pressure cooker explosions. Most modern cookers come equipped with safety feature to prevent this but it is still best to practice safe cooking habits.

6. There are several techniques to releasing pressure that ensure your safety when cooking
Learn them and get in the habit of using them. The first is simply by taking away the heat. Turn off the heat source or remove the cooker and let it sit until the internal pressure goes down. This is called natural release. You can use quick release by opening the release valves. Alternatively, you can use cold water release. In this case keep the lid closed and pour cold water over it. Note that all three methods require handling the pot in some way. This calls for protection to be worn over your hands. Be sure to always keep your body and face away from release valves as well.

7. Pay special attention if you plan to cook any food that froths excessively
Just like with an overfilled pot, frothy foods can create clogs and block release valves from the inside where it is harder to clean them out. If you are going to cook such a meal, then do not fill the pot and try to stay underneath the recommended fill line. Note that frothy foods include things like rhubarb, oatmeal, pasta and many other foods.

The Many Benefits of Owning Pressure Cooker 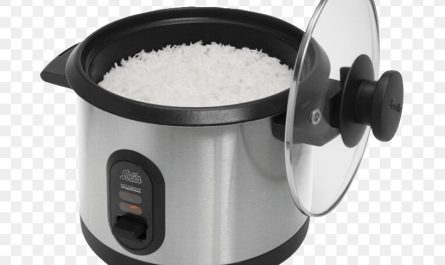 How to use microwave rice cooker ?